While performing Tissue Culture Plates, scientists need to focus on several factors. That is because extracting cell culture and storing it requires a series of complex processes. Besides requiring Vivo or natural environment, cell culture also needs a vitro or artificially conditioned environment.

Tissue culturing involves the extraction of cells from specific organs or some established cell lines. These extracted samples are then used for the diagnosis of invasive diseases like viral infections.

How does tissue culture help to identify viral infection?

As mentioned above, tissue culturing plays an essential role in determining the number of diseases. That is because pathogenic viral isolation depends on the availability of cell cultures. Cell culture also provides the required setting for the identification and detection of many pathogens in humans. That is why virus isolation from the cell culture is the gold standard for virus discovery.

The role of technological development

With the advancing time, technological advancement has led to a series of breakthroughs in tissue culture and its diagnostic application. From the development of monoclonal antibodies to the series of molecular techniques, scientists have discovered numerous approaches to detect the presence of virus infection in the human body.

The breakthroughs have also been used as a baseline to establish rapid tests to detect new pathogenic viruses. The combination of virus isolation in cell cultures and different molecular methods is considered a necessary and fundamental procedure.

When was the cell culture technique introduced?

Initially developed at the onset of the 20th century, the cell culture technique was used to study animal behavior in vitro.  The basic principle for cell culture was first established when an embryologist, Roux, used a warm saline solution to maintain one of the chicken embryos he was using as an experiment.

Since Roux’s extraction was the first idea of cell isolation, the tissue culture phenomenon started to be referred to as animal cell extraction. Furthermore, it was associated with cultivation and propagation ‘in vitro, i.e., a suitable environment for cell growth.

In terms of process, tissue culturing usually starts when a primary cell extraction aims to achieve confluence. The confluence is the production of monolayer cells inside the 250ml Erlenmeyer Flask. Besides storing the medium, the flask is also used to aid the supplementation of tissue culture.

Contrary to a layman’s view, tissue culture is a time and labor-intensive process. That is why many clinically significant viruses are either difficult to grow or impossible to grow. So no matter how meticulous a scientist is regarding the supplementation and isolation, there is still a lurking chance that the cell would either die or won’t respond to the experimentation.

Not to mention that even the relatively easier cells to isolate need such an ultra-sophisticated environment that it is either diagnostically impossible to create or unsuitable for the experimental laboratory.

Consequently, this reduces the impact of tissue culturing in diagnostic studies. Seeing through the challenges, the tissue culture might seem like a less appealing technique for human disease detection.  Some scientists still find tissue culture a comparatively unbiased technique that shows limitations only because of the cell’s inability to grow inside the selected lines.

Is tissue culture helpful for the detection of human viral infection?

Given the advancing time and progressing scientific breakthroughs, scientists are discovering the cell samples that seem to be replicated and breathed in artificial in vitro.

For instance, Vero E6 shows permissive abilities of all cell lines in the versatile medium for discovering unknown pathogens and recovery. Advancements further aided this in electron microscopes.

Cell culture observation through EM cells provides several early clues on the subsequent guide laboratory, aetiologic agent, and epidemiologic investigations. This is of great clinical importance and is precisely imperative during a viral outbreak. Thereby, the utilization of classical tissue culture techniques and the examination of the electronic microscope is now believed to be critical in detecting pathogenic viruses.

Hence, contrary to the earlier view, tissue or cell culture is the most fundamental technique that could easily be accomplished in microbiology laboratories and hospital diagnostics.

Omicron Variant: What We Know About the New Coronavirus Variant 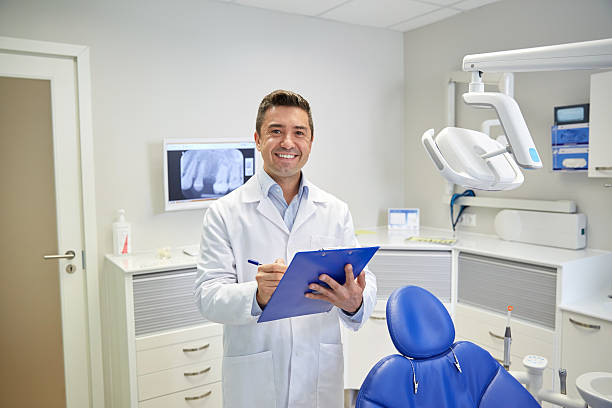 How In-house Dental Care Makes It Like An Office Visit

It Beneficial To Use Peppermint Oil In Your Hair? Learn The Truth Today!