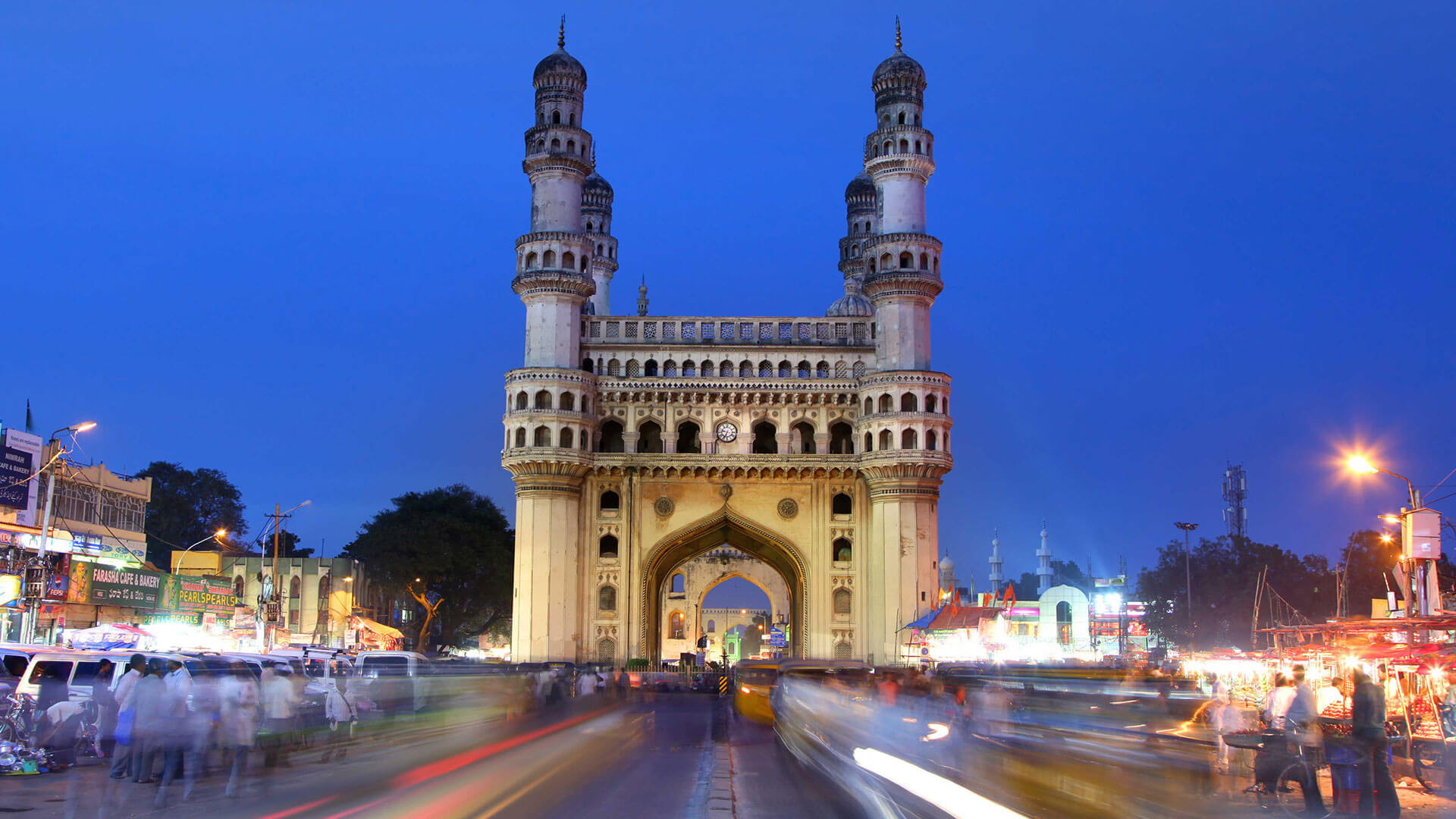 Incredible India has a rich and diverse culture. The land was ruled by an array of powerful kingdoms in the past such as the Cholas, Pandyas, Mauryas, Mughals, Mahajanpandas etc. These dynasties are the reason there are numerous iconic monuments in India, be it the spectacular palaces, beautiful forts, ancient temples or gorgeous churches.

The architectural marvels in the country speak of its glorious past hence, you will be amazed by the distinct artistry in many popular monuments in India. These will remind you of the power the subcontinent had and how it influenced the lives of its people.

Here are some of the best monuments in India that will take you back in time.

The Red Fort is one of the most visited stone monuments in India. It was built during the 17th century by emperor Shah Jahan. This gorgeous red stone fort is now the place from where the Prime Minister of India hoists the national flag on Independence Day. Made in Mughal-style architecture, it even has lush geometrical gardens, entertainment halls, projecting balconies, and grand palaces that display the grandeur of the Mughal dynasty. It is also a UNESCO World Heritage Site.

Where: It is located at Netaji Subhash Marg in Chandini Chowk, Delhi.

Hawa Mahal is an iconic monument in the city of Jaipur. Built during the 18th century, its architecture is a perfect blend of Mughal and Rajput style. You can also enjoy the beautiful view of the Jantar Mantar and City Palace from the top here. This 5-storey monument overlooks the bustling street of the city and hence provides you with a chance to know more about the local life.

Where: It is located at the hawa Mahal road at Badi Choupad in JDA Market, Jaipur.

Charminar is one of the best monuments in India and was constructed during the 16th century. It is one of the finest combinations of the Indo-Islamic style of architecture. The four minarets, arches, and dome with stucco decorations give it a very unique look. This has various traditional markets including the popular Lad Bazar around. So you can shop for the distinct lac bangles and the traditional Hyderabadi pearl jewelry from here.

Where: It is located on the Charminar road at Char Kaman near Ghansi Bazar, Hyderabad.

If you want to witness the luxury and class of the Indian royal families, visit the Mysore palace. It has a Indo-Saracenic style of architecture. This magnificent palace is now a museum, where you will see numerous artistic showpieces, paintings, jewelry, royal garments, and souvenirs. You can also visit this place during the evening to watch an interesting light and sound show that happens everyday.

Where: It is located on the Sayyaji Rao road at Agrahara in Chamrajpura, Mysore.

The stunning Sun Temple is a UNESCO World Heritage Site and located in the city of Konark in Odisha. Built during the 13th century, this monument is an amazing example of the Oriyan style of architecture. Its design resembles a massive chariot that has stone wheels, pillars and walls. This houses an intricately carved statue of Sun God, while there are pictures of various animals like giraffes, elephants etc. engraved on the walls.

Where: It is located at Konark in the Puri district of Odisha.

The spectacular Taj Mahal is one of the most popular monuments in India. Every year, millions of tourists visit this beautiful white marble mausoleum. It was built by the Mughal ruler, Shah Jahan during the 17th century and is one of the Seven Wonders of the World. You can even find Arabic scriptures carved on the arches and motifs engraved on the walls of this structure. You can do a lot of things here, for instance, walk through the beautiful gardens that surround the monument as you wait for the sun to set.

Where: It is located at Dharmapuri in Forest Colony of Tajganj, Agra.

There are numerous other monuments in India that speak of the country’s golden history. Be it the north, south, east or west, each part of the nation has such marvelous architectural wonders. Moreover, you will enjoy exploring our ancient past. Did you visit any of the monuments mentioned above? If yes, comment below and let us know about your experience.

View all posts by vigneshwar trixy →

Advantages Of Hiring A Taxi For Airport Transfers

5 Exotic Reasons To Go Camping in Rishikesh This Weekend!